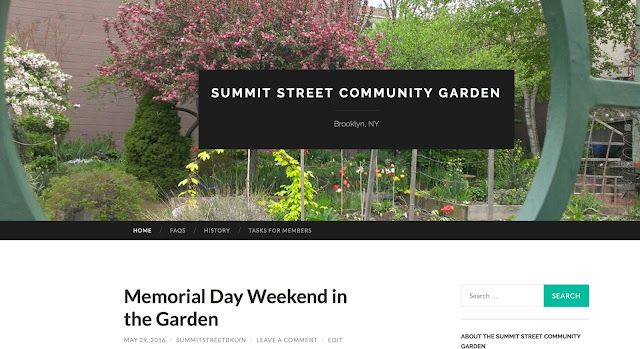 If you're looking for the blog of the Summit Street Community Garden, it has moved to summitstreetgarden.wordpress.com.

Posted by Summit Street Garden at 11:45 AM 8 comments:

Last week the Summit Street Community Garden lost one of its beloved four-legged members: Oliver, the 8-year-old smooth fox terrier of garden members Ron and Seth. Ollie was a friendly presence in the garden, a frequent visitor who could often be seen merrily sniffing his way along the paths and wagging his tail as a greeting to all.

He had been adopted by Ron and Seth in July 2012, when Ollie was 5 years old, after he retired from his career as a champion show dog.
“He loved the garden,” recalls Ron. “Whenever Seth or I walked him past it, he tried to pull us in. He especially loved rolling around the in the grass. He would also run and run and run around the outside perimeter of the boxes.”

Oliver was a small dog, but the loss to the garden is a big one. As sad as his sudden passing is, it’s hard not to think of this friendly dog without a smile. We’ll all miss you, Ollie. 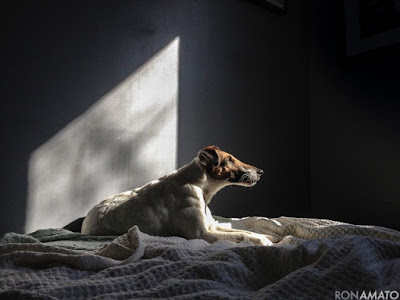 This is a Flickr badge showing public items from the Summit Street Garden Community group pool. Make your own badge here.